All
News
Products
Insights
DevOps and CI/CD
Download Now
Table of Contents
Sign up to our newsletter
Oct 26, 2021
11 min read

What are Mobile Testing Tools?

Mobile testing is the process of testing mobile applications for functionality, usability or performance through the use of tools or open-source frameworks.

Smartphones, tablet PCs, or every new release of the iPhone with the smallest changes, makes mobile testing, and automated testing, imperative to detect regression bugs and enables teams to ship quality applications.

Is the tool suitable for your budget and AUT? Look at the size of your team, resources you have and the complexity of the application you’re testing to determine if it’s the right fit. 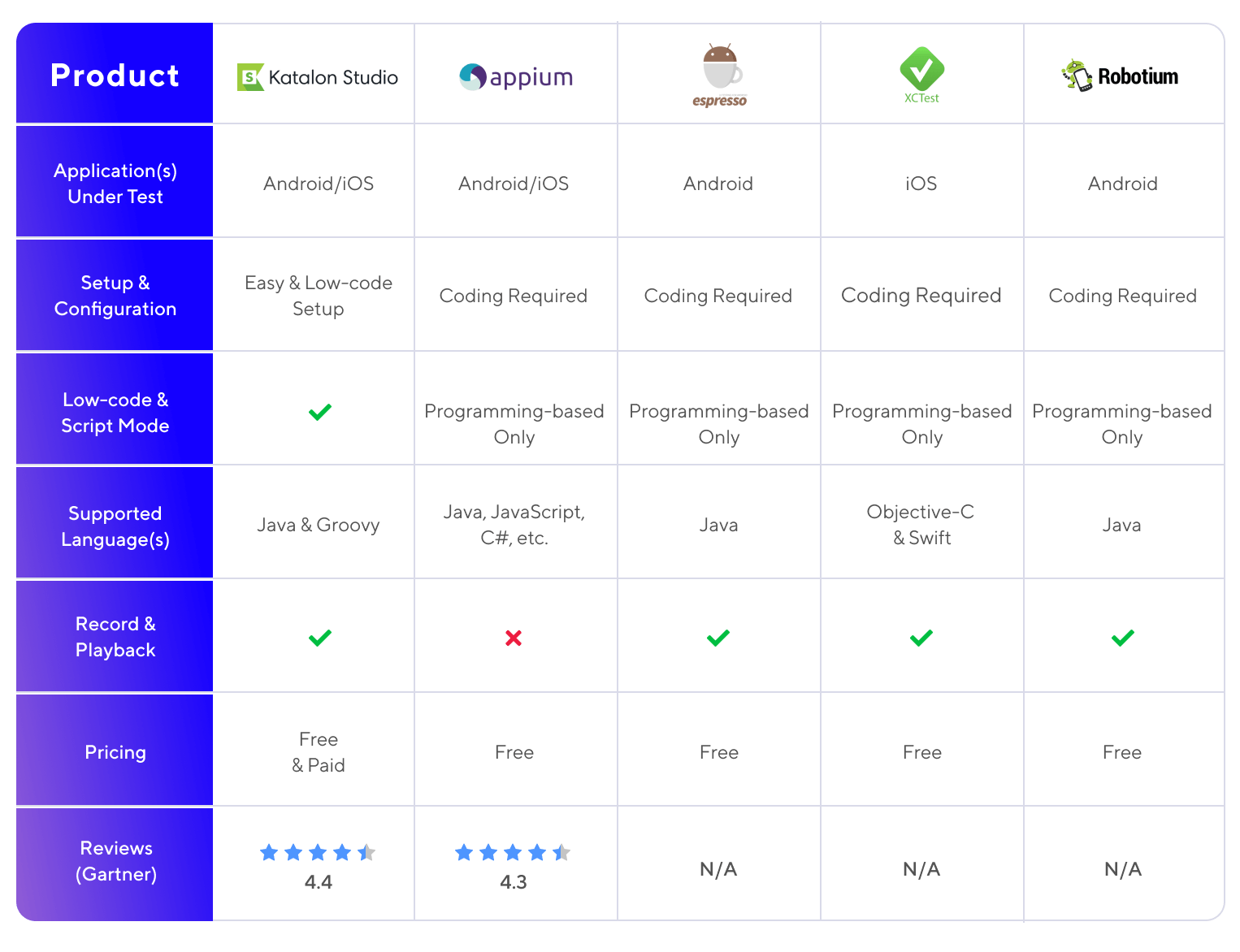 As the most popular alternative to Appium, Studio eliminates the hassle of building a test automation framework from scratch and programming prerequisites with low-code methods.

Supporting both Android & iOS platforms, Studio is compatible with a variety of operating systems (Windows, macOS, and Linux).

For those who have developed native Android applications, Espresso would not be a strange name.

Developed by Google, Espresso is also a test automation framework for Android.  creates this platform-specific solution with a flexible and straightforward API; however, it only runs Android UI tests and supports the enhancement of the functionalities.

XCUI Test is a product of Apple for iOS developers to script and run UI tests with Xcode IDE. This automation framework is solely for iOS devices and doesn’t support Android systems.

Another item developed by Google to create mobile (iOS and Android), web and desktop applications. From Techahead, Flutter-built mobile applications have taken up over 10% of the Google Playstore.

This keyword-driven test automation framework is capable of testing mobile, web, and desktop applications. It can be used for a wide range of testing types and levels, including acceptance test-driven development (ATDD) and robotic process automation.

Native and hybrid Android apps as well as mobile web can be tested using this tool. With robust WebDriver API and Selenium integration, it eliminates the majority of the current obstacles.

In comparison to real devices, this tool performs better on emulators. Using the Selenium/WebDriver API, iOS Driver can integrate iOS hybrid and native mobile apps with Selenium for testing. Since iOS Driver relies on two separate frameworks from Apple, be sure to verify the system requirements before installing.

This tool is used for creating and running UI acceptance tests across iOS and Android applications on mobile devices. It enables the testing of both Xamarin apps and native apps: Xamarin for iOS, Apple’s iOS, Google’s Android platform.

Which Mobile Testing Tool is Your Best Fit?

When looking for the finest tool or framework for writing test scripts, pay close attention to the features it offers. A robust solution should support various programming languages, mobile platforms, and cross-platform integrations.

If your team comes with experienced developers who have programmed applications and frameworks from the ground up, then open-source software like Appium would definitely be the right choice.

But for teams with large skill gaps, consisting of transitioning manual testers, QA engineer freshers, and a limited number of coding-based members, Katalon Studio would not disappoint. Start your first project with Record & Playback, built-in keywords, pre-made project templates, advanced reporting to speed up troubleshooting, and many other features in the collection waiting to be tried out. 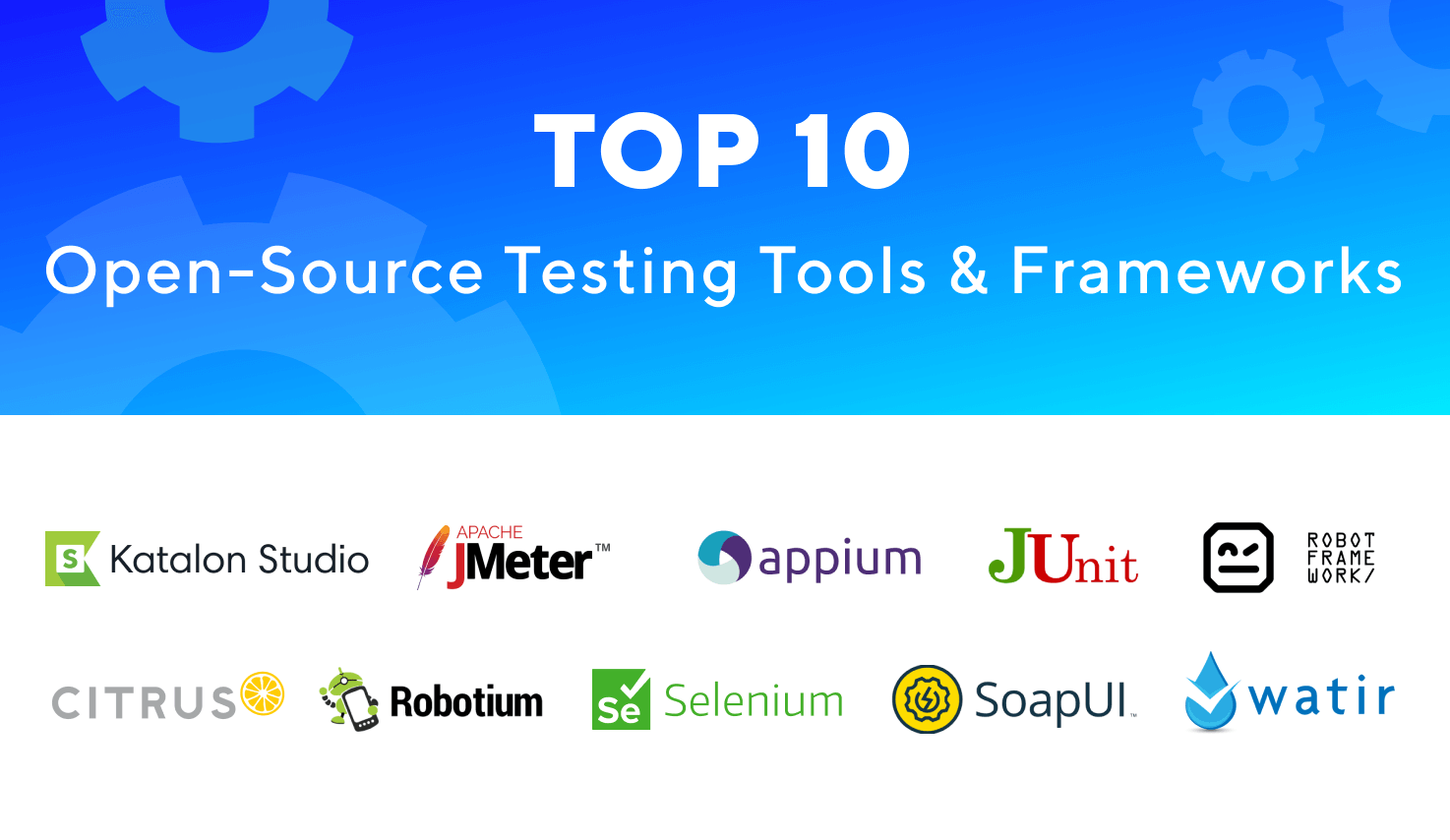